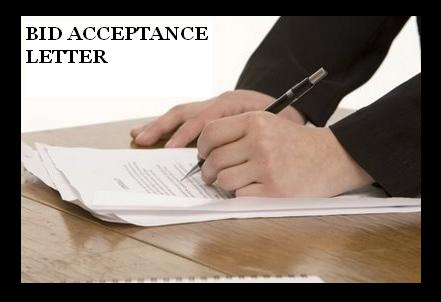 In most businesses, bidding is an everyday activity to acquire goods or services provided.  Once the bid submitted by a company is accepted, it becomes imperative to officially inform the concerned party about the acceptance by sending them a bid acceptance letter. Hence, a bid acceptance letter is a kind of official correspondence that not only shows the company’s acceptance of the bid submitted, but also brings it on the record. Besides, these letters also show the nature of buying and selling that is going to take place between the two parties. As soon as the letter is received by the other party, a formal, legally binding contract is signed. Since a bid acceptance letter is a formal letter, so the format followed for it will be that of formal letters. This guide will explain the whole process in the below given steps.


Posted by madiha in Letters