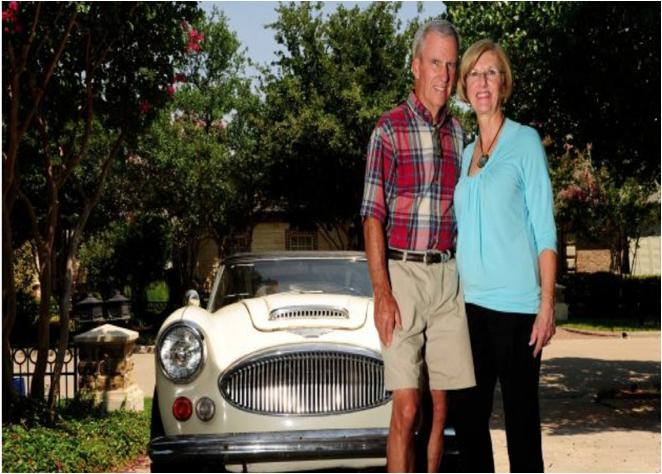 Thanks to technology, a man from Texas was able to get back his stolen car on eBay while surfing the Internet. It was more than 4 decades ago when his car disappeared.

Back in 1970, Bob Russell parked his 1967 Austin-Healey in front of his Philly apartment right after a date with his future wife and the next morning when he woke up, the car was gone.

It was a time when Bob Russell was studying at Temple University and being a student, the hit was even worse. Although the car was fully insured but it wasn’t covered with theft insurance.

For many years, Russell was looking for his prized car hoping to find it and he finally located it on eBay, which had been listed for sale by an Auto Dealer. He called up the dealer and told him about the whole story, but the dealer merely offered to sell the car back to him for $24,000. However, he wasn’t able to immediately reclaim his car from the dealer because he did not file any theft report, and the car was also not listed in the national database. The local police authorities said without a stolen-car report they could not do anything.

Russell then contacted Philadelphia police, and it was found that they had a copy of the stolen-car report and were able to get it computerized.

Russell and his wife went to California to take possession of the car last month and paid about $1500 in fees – which is quite less than the dealer’s offered price.

“It’s a bit of a relief,” Russell told the media. “Nothing’s ever linear – you’re up, you’re down, you’re being whipsawed back and forth, and suddenly it’s over.”

Now he is planning to re-modify his car, which will certainly add value. “It still runs, but the brakes don’t work well,” he said to the media. “We’re going to put it back the way it was.”