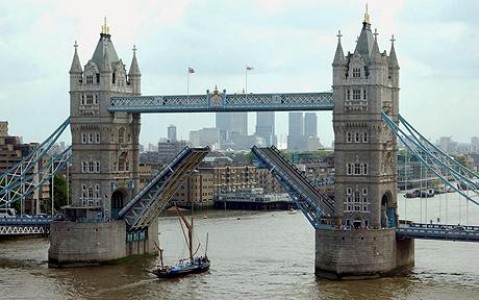 A bascule bridge over the longest river of England, River Thames, was built in 8 years. On 30th June 1894, a 244 meter long bridge by the name of Tower Bridge was opened which has now become London’s iconic symbol. This suspension bridge has two towers each with a height of 213 feet and the distance between them is 200 feet. In order to avoid any obstruction for huge ships, this bascule bridge was constructed which is raised at an angel of 83 degree and weighs 1,000 tons each. Tower Bridge is 143 feet above the river. Tower Bridge is being maintained by the Bridge House Estate who owns four other bridges of London.