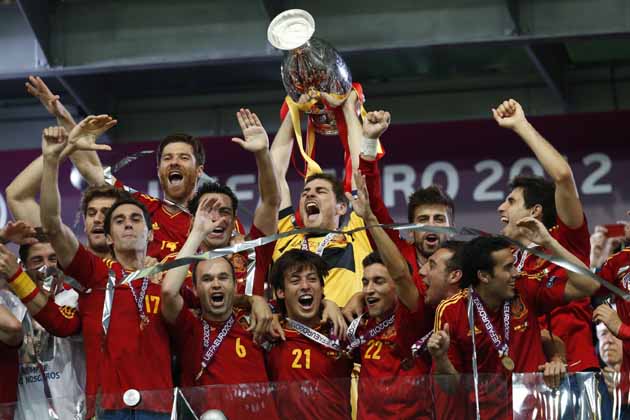 Twitter said that its users brusquely tweeted during the Sunday’s European Championship final which eventually set a new sports-related record on the micro blogging site.

According to this social networking site, the final match resulted in 16.5 million tweets from fans across the globe and the total global traffic on the website peaked at 15,358 tweets per second when Juan Mata hit the fourth goal.

This huge record in tweets came just weeks before the Olympic Games in London are likely to build new record-setting activity on different social networking sites such as Facebook, Twitter and Pinterest.

The soccer match took place in Kiev on Sunday where Spain won by 4-0. The event was diligently followed by millions of people around the world.

“Commentators, fans and athletes around the world supported their teams in song, in face paint and in tweets” throughout the Euro 2012, Twitter said in a blog.

As fans largely use social media to connect in major sports events, so new “tweet per second” records are frequently being set.

Earlier this year, Twitter recorded a peak of 12.233 tweets per second in the last three minutes of the Super Bowl.

Back in 2011, Twitter registered 7,196 tweets per second in the final match of Women’s World Cup in Germany. It was reported that President Barack Obama also tweeted for 13 times during the match. In that match, Japan won against United States on penalty kicks following a 2-2 draw.

The new record during the Euro cup final has boosted the usage of social media following among people -something which is expected to increase even more in the coming days.

Some well-known celebrities also tweeted during Sunday’s European Championship final, which includes a retired Brazilian star named Pele. He highly praised the Spanish team and said he was “… looking forward to the 2014 World Cup in Brazil.”