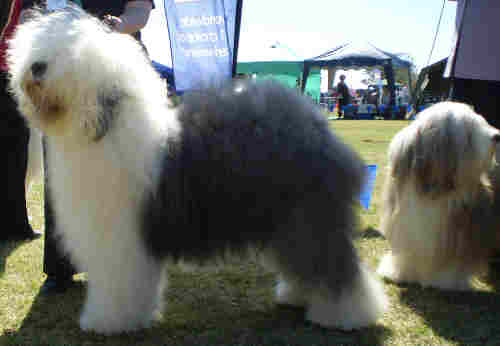 Although the Bearded Collie and Old English sheepdog originated in the United Kingdom, there are quite a few differences between the two and they cannot be classified under the same breed. They might look similar to some extent but their physical appearance is not what really matters.

Both dog breeds are different in many ways and you need to have a detailed analysis before making up your mind on buying anyone of them. They are quite popular for being extremely loyal to their owners but there are other things you need to keep in mind about them like their body size, skin coat, life span etc.

One slight difference between these two dog breeds is that the bearded collie originated in Scotland whereas the Old English sheepdog was from England. Both were originally used for herding purposes but their usage has become different with the passage of time.

One very important feature of the bearded collie is its lifespan, which is around 12 to 14 years. Most dogs fall below this average, which makes this breed one of the best in terms of long life.

However, the Old English sheepdog can only live up to seven years, which is not a very good average. However, this dog breed is more intelligent compared to the bearded collie.