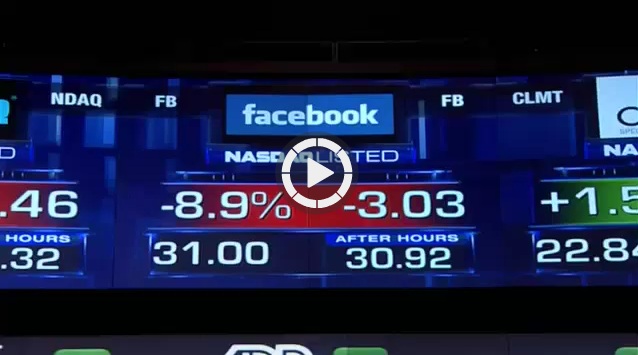 Intense situation of pain has occurred for the facebook stock, after losing $ 35 billion in value, since its initial public offering. The report of declination came out as soon as the news related to Facebook Phone broke out. This massive loss will definitely push company into an expansive yet risky world of building high quality hardware.

As the price of shares has decreased, Puts have given investors a right to sell stock at certain price, whereas Call is granting an ability to buy stock at the given rate.

Facebook has to put in effort to get the shares back on the evaluation position for which they can consider several possibilities.  The revenue can boost-up if advertisements are displayed on its own site. Karma, a year old San Francisco start-up that allows user to send gifts to their friends through smart phones, can turn out to be a beneficial revenue stream, its search got improved due to Google-like and Ad sense-like display advertising network across the web.

This huge loss has been noticed by various companies; the finance report of Google and Yahoo shows that the market capitalization of Facebook is $ 62 billion; while according to Wall Street the capitalization is of $ 80.4 billion, either of the digits are not true.

However the company has gone through a huge amount of loss, but the desire for a star-up has not been quenched.