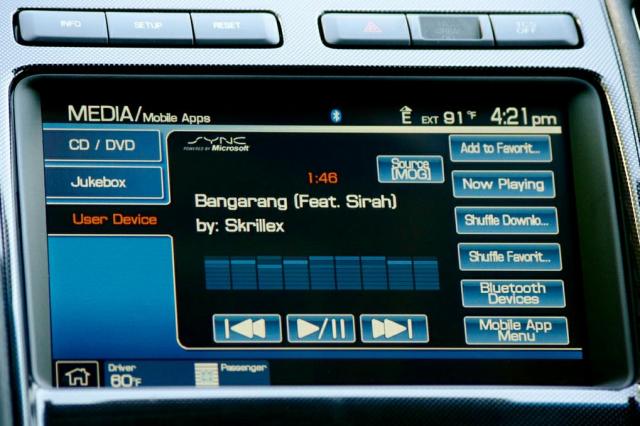 MOG, the famous streaming music service, can be accessed on your smart phone, personal computer, tablet and many other home entertainment devices. But today, the company has made it public that they are going to collaborate with Ford to introduce its features to the car’s manufacturer’s SYNC AppLink platform. So from now onwards, Ford drivers are allowed to use their voice and in-dash controls to control the MOG app on their USB-connected smart phones, which are available in 2012 Sync-enabled vehicles such as Fiesta, Fusion, Mustang, Expedition and E-Series.

With the help of AppLink, drivers can access to MOG’s curated radio stations, as well as playlists and favorite songs from Billbaord’s Top 50 by using voice commands.

There were many speculations in the beginning of this year that HTC is going to acquire MOG, but the deal hasn’t confirmed yet. Presently, all the MOG users having iOS and Android app can access almost 15 million songs. Since, Spotify comes into completion with MOG, has certainly put some pressure, but still the company is growing with a decent pace.  In order to use MOG’s mobile apps, users have to pay $10 to enjoy its service.

A developer kit that is made by Ford for AppLink, which is obtainable to developers, the program is still invite-only, and at the moment the company is only working with some selected developers. Ultimately, the company is expecting to expand this program considerably.

In addition to that, last week Ford made this news public that it is introducing AppLink to markets across Asia Pacific and Africa. At the same time, Ford has also revealed that it is coming to Taiwan soon.