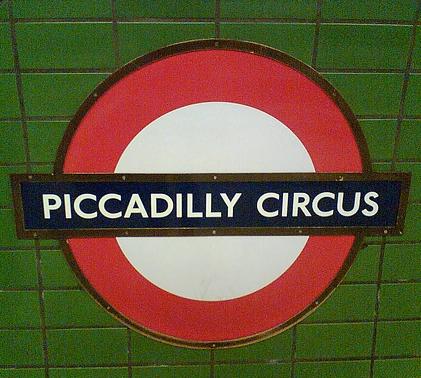 Piccadilly circus tube station is situated at the intersection of Piccadilly Circus, where the word circus is derived from a latin word meaning circle – confirming the circular shape of the intersection. Opened in 1906, this tube station is served by two lines. Bakerloo Line connects it with Charing cross and Oxford Circus, while the Piccadilly Line connects to Green park tube station and Leicester Square tube station. This tube station boasts of a glorious history of having a music video of the famous musician Paul Mcartney boarding a train from this station, and talking to the commuters. The same act is now repeated by Mcartney’s fans on this tube station. The Piccadilly Circus tube station has its entrance to the ticket halls and exit to Haymarket (closed), Lower Regent Street #3, Lower Regent Street (East Side) #1, Piccadilly (North Side) #2A, Piccadilly (South Side) #3A, Regent Street Westside #2B and Shaftsbury Avenue #4A. This tube station offers ticket halls, escalators, gates, cash machines and payphones to travellers using it. Being in a globally famous shopping and entertainment area of London, the station also has many amenities and facilities like shopping malls, tourist attractions, cafes,  fitness centres & beauty salons within one mile distance from it. Places to explore near Piccadilly Circus Tube Station.