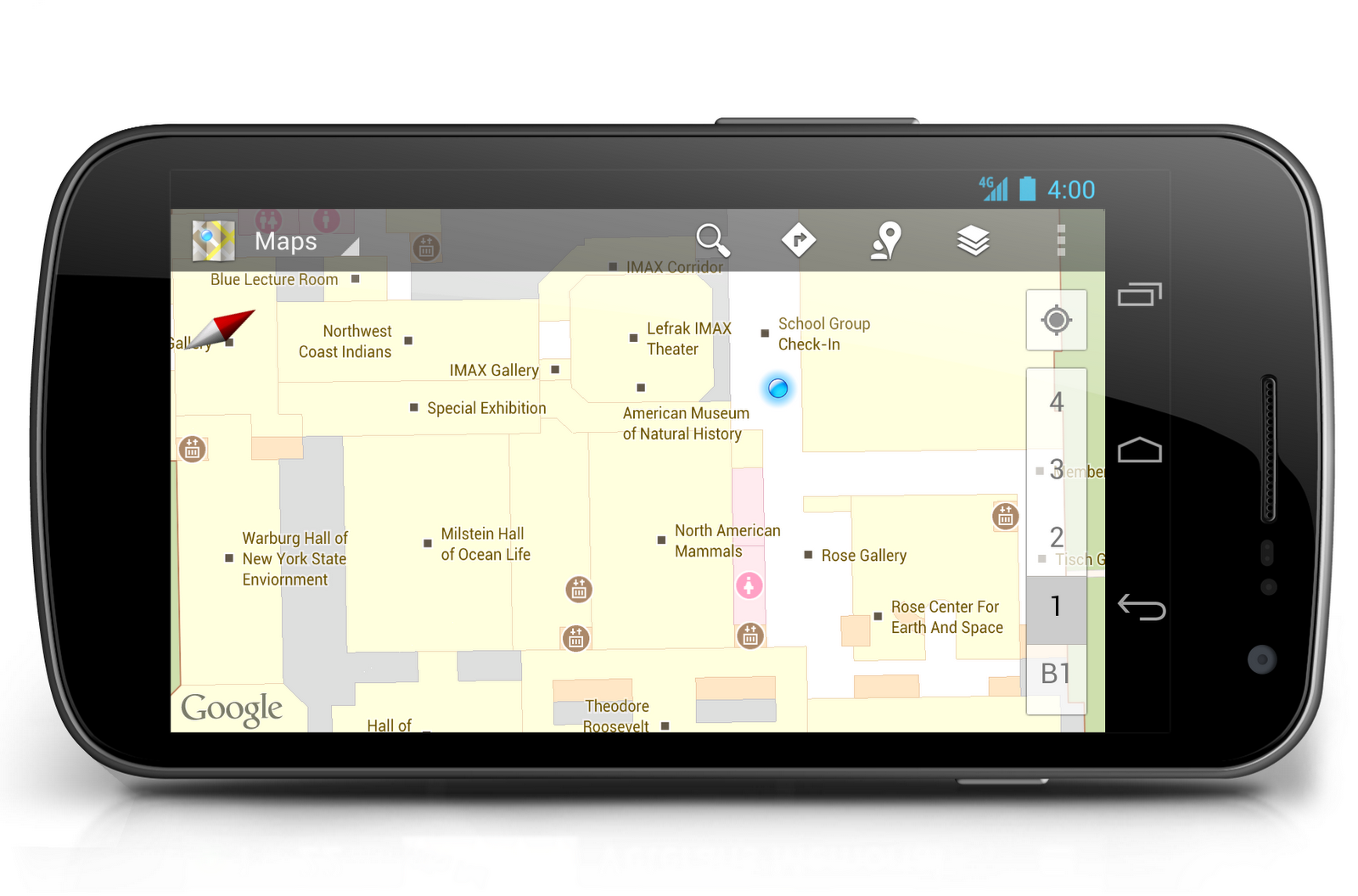 For android phones, Google Maps were introduced in November 2011. This invention gave users a chance to explore the great indoors. In July 2012, Google announced that in the Map app on Android, they will be adding indoor maps for 20 US museums. The maps include; Smithsonian National Zoo, Philadelphia Museum of Art, the Indianapolis Museum of Art, the American Museum of Natural History and the Young Museum in San Francisco.

The addition of these museums crosses the 10,000 count of indoor maps’ collection. Besides museums, the database includes maps of big retailer names like IKEA and several major airports as well.

The addition of 20 museums in the maps surely shows how much effort Google is putting in to improve its product. In order to acquire feedback about Google’s prediction for the indoor venues, an android app for businesses was rolled out by Google.

Recently in the month of May 2012 Google accomplished in introducing the indoor walking directions and business photos in its app.

You might think that adding 20 museums in the indoor maps is not a big deal, but Google claims to bring in more astonishing inventions. According to sources the following updates are as coming soon: The Phillips Collection, the Nelson-Atkins Museum of Art, SFMOMA, and the National WWII Museum in New Orleans.

Those museums which are not included in the maps can get theirs uploaded with the help of Google Maps Floor Plans Tool.

Google has been working with museums since a long a time. The Google Art Project – where visitors can virtually explore art along with museums from all over the globe – is a good example which shows the company’s efforts.

Currently this app is available in Android phones and tablets, but if you want to use the map then you are allowed to launch it on your phones or computers.