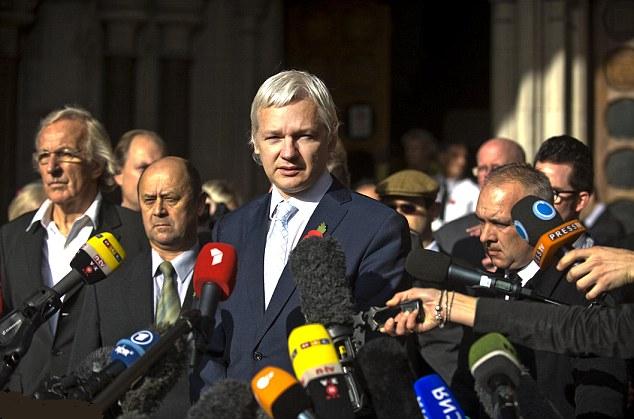 On Tuesday night, Julian Assange, the founder of daredevil website that traumatized many powerful governments across the world, walked into the Ecuador Embassy in London and requested for political asylum. The request is made under the United Nations human right declaration.

In a statement issued by the Ecuador Embassy said that Mr. Julian Assange came at Ecuadorian Embassy on Tuesday and asked for political asylum from their government. The country is bound to fulfill all the conditions of United Nations Universal Declaration for Human Rights, as Ecuador is a signatory of it.

The spokesperson at the embassy said that according to declaration, the embassy forward this application to the relevant department in Quito on priority basis. Assange will be accommodated at the embassy, until any decision is made regarding his application. While considering his request, the embassy also clarifies that they are not interfering in the ongoing judicial enquires against Assange in United Kingdom and Sweden.

“I can confirm I arrived at the Ecuadorean embassy and sought diplomatic sanctuary and political asylum,” Assange said in a statement.

“This application has been passed to the ministry of foreign affairs in the capital Quito. I am grateful to the Ecuadorean ambassador and the government of Ecuador considering my application.”

Assange is likely to face extradition to Sweden in just 9 days for a rape allegation after UK’s Supreme Court rejected his appeal to reconsider the case. He is charged in a rape case of one woman and sexual misconduct on another during his visit to Sweden two years before.

Assange became famous internationally in 2010 when he started revealing a huge number of U.S. diplomatic cables and other secret video footages, exposing U.S. policies in Iraq and Afghanistan. That move eventually made him a hero to anti-censorship campaigners, but officials at Washington were enraged about the release of these secret documents.