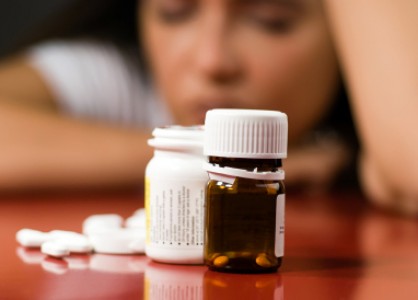 Both Citalopram and Escitalopram are antidepressants of the selective serotonin reuptake inhibitor (SSRI) class. The mechanism of action of both these drugs is the same, but the two differ in their chemical composition.

Both escitalopram and citalopram help treat major depression, but the former has the additional quality of treating generalized anxiety disorder, which the latter lacks. Escitalopram lacks the inactive components found in citalopram, and this is the reason why its usage is more selective as compared to the latter. According to the 2010 Mosby’s Nursing Drug Reference, unlabeled uses for both these drugs include social anxiety disorder, panic disorder, and obsessive compulsive disorder. Other off-label uses of citalopram include treatment for hot flashes, impulsive aggression in children, obsessive-compulsive disorder in teenagers, menopause, and premenstrual disorder.

Escitalopram is available at drug stores as an oral solution of 5mg/5mL, as well as  in the form of tablets of 5, 10 and 20mg. In contrast, the available forms of Citalopram include 10mg/5mL (10 milligrams per 5 milliliters) solutions, and 10, 20 or 40mg (milligrams) tablets.

As far as comparing the cost of the two drugs is concerned, Citalopram is cheaper than Escitalopram; thus, it is recommended that you stick to the former if you are paying for your medication. However, make sure that the therapy you are undergoing is bearing positive results.