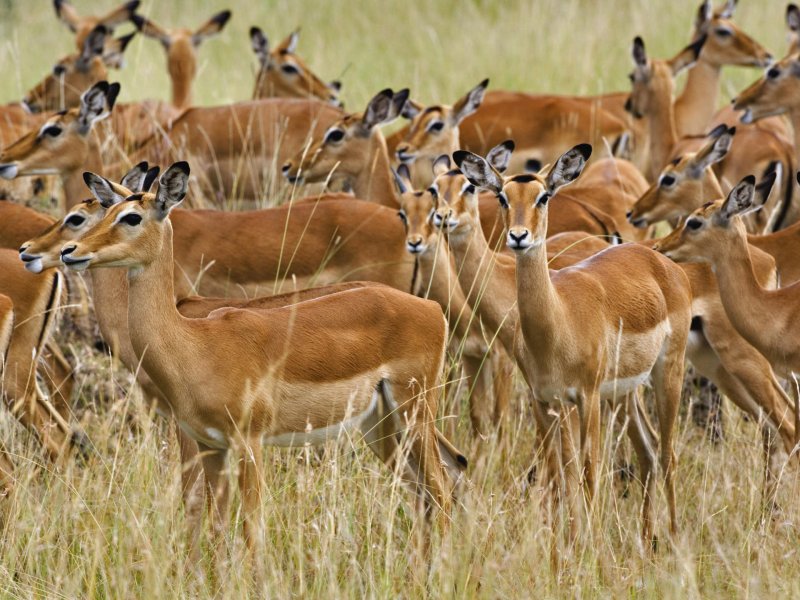 Stotting is a behaviour unique to gazelles. In simple words, whenever a gazelle feels threatened by a predator, it starts to move around very slowly in order to divert the predator’s attention and then, in the blink of eye, the gazelle flees away at a very high speed. This helps a gazelle evade a predator fairly easily. However, the same behavioural adaptation does not prevail in most of other members of the antelope species.

Natural habitat is another difference between a gazelle and an antelope. Gazelles live strictly in deserts whereas antelopes inhabit different kinds of ecosystems such as cold environments, places around water logged areas, cold environments and then of course, deserts as well.

Last, but not the least, average life span is another differentiating factor. A gazelle living in its natural habitat can live around 10 – 12 years. On the other hand, the average lifespan of antelopes can vary from 10 years to 25 years.