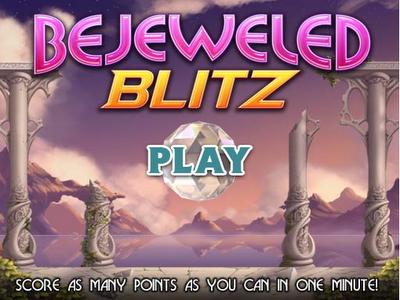 Bejeweled Blitz is considered as one of the most interesting puzzle game which can be played only from Myspace, Facebook or the official Popcap website. It has two game play modes. The first one is Classic, in which every identical set of gems will create a thermometer bar, and eventually helps to come to the end and then start a new level. The other one is Action in which you are fighting against a clock to move to the next level. You have just minute to plan, match and explode as many gems as you can. The higher your score the better chance for you to participate in a weekly tournament.